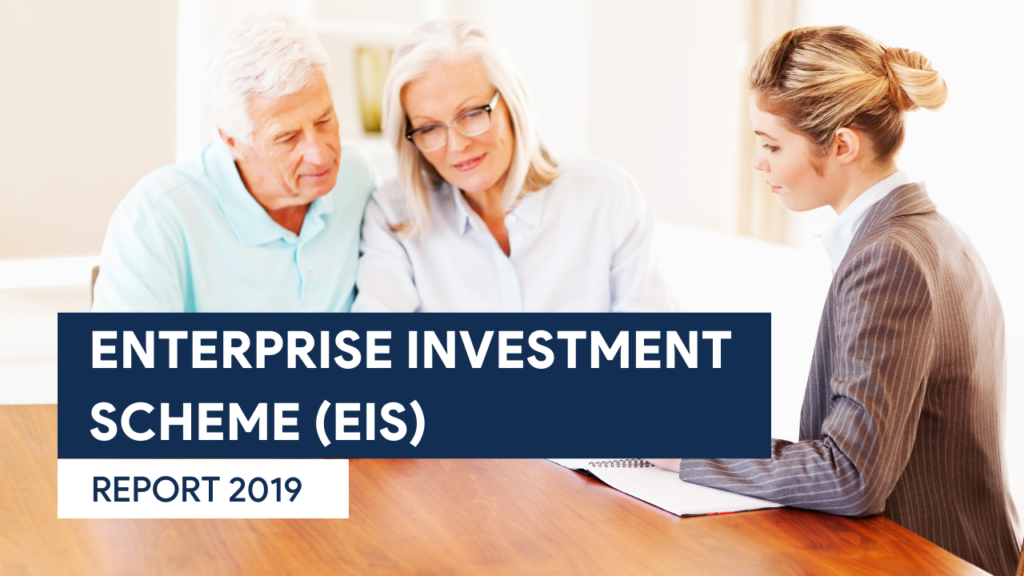 The data is taken from the National Statistics publication produced by HM Revenue & Customs (HMRC). It provides information on the number of companies raising funds, the number of subscriptions and the amounts raised through the Enterprise Investment Scheme (EIS) and Seed Enterprise Investment Scheme (SEIS). The report encapsulates the key statistical points and discusses recent trends.

The next release is planned to be in the Spring of 2020.

Enterprise Investment Scheme (EIS) was launched in 1993-94. Since then, 29,770 companies have received investments. And the total funds raised have been more than £20 billion.

In 2017-18, companies from the Information and Communication sector with 33% or £641 million cornered the lion’s share of investment.

London and the South East accounted for the largest proportion of investment, with companies registered in these regions receiving £1,283 million (67% of all EIS investment) in 2017-18.

The Seed Enterprise Investment Scheme (SEIS) was launched in 2012-13. Since then, 12,900 companies have received investments to the tune of over £1 billion.

In 2017-18, companies from the Information and Communication sector with a 37% stake or £69 million investment were the largest beneficiaries.

London and the South East accounted for the largest proportion of investment, with companies registered in these regions receiving £117 million (67% of SEIS investment) in 2017-18.

SITR was launched in 2014-15, and since then, 80 social enterprises have raised funds worth £6.7 million through the scheme.

This is less than 2016-17, when 30 social enterprises raised £2.5 million. However, the figuree will likely go up as more returns are received.

While companies have a period of several years after shares are issued to submit a compliance statement (the EIS1, SEIS1 and SITR1 forms), a majority of these returns are filed within three years.

Therefore, it is most likely that the figures will be revised once the pending applications are received, or applications received in 2018-19 are further processed.

Number of EIS companies and the amount of investment

Introduced in 1993-94 by the UK government, the Enterprise Investment Scheme (EIS) is a tax-efficient investment to incentivize investment into smaller UK companies.

It is designed to help smaller, but high-growth potential companies raise capital by offering tax relief to investors who invest in such companies by buying their shares. This creates a win-win situation both for smaller companies as they can generate finances to fund their growth and investors who can invest up to £1,000,000 per person per year in qualifying companies.

Since its inception, 29,770 individual companies have received investment through the scheme, and funds worth £20 billion have been raised. The number of companies raising funds and the level of investment has shown similar trends since EIS was introduced.

Note that the 2017-18 figures are likely to be revised upwards as more returns are received by HMRC. Assuming that this trend stays the same, HMRC estimate says there will be 4,130 companies with funds worth £2,041 million.

Low-interest rates, more publicity and increasing participation of fund managers have led to a steady increase in EIS since 2010.

In addition, the increase in Income Tax relief from 20% to 30% in 2011-12 and the introduction of the Feed in Tariffs (FiTs) initiative from April 2010 (resulting in large amounts of investment into the renewable energy sector) have also played important roles in boosting the popularity of EIS.

Irrespective of limits on eligible companies such as age limits, funding limits, and a new growth and development requirement since 2015, the popularity of EIS continues to ascend.

A majority of investment through the scheme since the inception of EIS has been in companies raising EIS funds for the first time (55%).

Also, the amount invested by first-time companies in 2016-17 increased by 9.8% compared to the previous year. Assuming that this trend stays the same, it is estimated that the total amount will be £833 million.

In 2017-18, companies from just 4 sectors (the Information & Communication, the Professional, Scientific & Technical, the Manufacturing, and the Wholesale & Retail Trade, Repairs sectors) accounted for over £1.2billion of investment. They made up 66% of all EIS Investment.

This follows a trend similar to the previous year, wherein the companies belonging to these 4 categories represented 70% of the total number of companies receiving investment through EIS.

The trends for the two years 2016-17 and 2017-18 are very similar, with a decrease in the Electricity, Gas, Steam and Air Conditioning sectors. This is likely related to policy changes, excluding energy generation from venture capital schemes. The construction sector has witnessed a similar declining trend.

EIS: Size of investment per company

The proportion of the amount of investment in companies registered in London and the South East was 67% in 2017-18, showing a trend similar to recent years. The geographical distribution of EIS investments is based on the registered address of the company raising funds.

Please note that the address may place the company in a different region from the region in which the business activity is actually carried out. Therefore a degree of caution should be exercised in the use of this data.

However, the figures for the more recent year are provisional and likely to be revised upwards as more returns are received by HMRC.

For the 2016-17 figures, the number of investors increased by 12.5% from the previous publication. Assuming that this trend stays the same, it is estimated that there will be 37,350 investors from 2017-18.

Most investors claiming Income Tax relief tend to invest smaller amounts of money into companies qualifying for EIS. In 2017-18, 82% of EIS investors made a claim for tax relief in respect of investments of £50,000 or less. This is similar to the levels seen in 2016-17.

TrendScout specialises in government initiatives of the Enterprise Investment Scheme (EIS) and the Seed Enterprise Investment Scheme (SEIS). We provide valuable and tax-efficient ideas for investors to consider by helping them invest via EIS into nascent tech companies with highly disruptive technology that have the potential to be the next tech unicorn 5 or 10 years down the line.

The London-based firm acts as a conduit for investors who wish to invest in high-growth start-ups that are technologically minded and focused on high-growth areas such as aviation, Artificial Intelligence (AI), Machine Learning and renewable energy, among others.